A500 Music ......Bringing great live music to The Potteries
Home Past shows About us Contact Covid 19 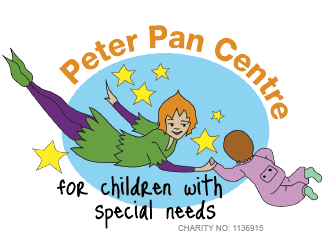 In an excursion from what we normally do, A500 Music welcomed The Chris Bevington Organisation to Fulford Village Hall to play a fund raiser for our adopted charity, The Peter Pan Centre in Newcastle under Lyme. Described as a 'local supergroup', Chris has assembled some of the finest musicians from our area, who's credentials include performing with Robbie Williams, Alvin Stardust, Bernie Marsden, Thea Gilmore, FM and Nearly Dan.

A sell out crowd was assembled in anticipation of the great night of blues music that was to follow and they were definitely not to be disappointed as Chris and the boys launched into the first of two full sets of classic covers and self penned numbers from their first two albums. On a warm summer night in Fulford, the band turned the heat up even more, with scorching guitar licks and great vocals from Jim Kirkpatrick and Scott Ralph, driving rhythyms from the engine room of Chris Bevington on bass and Kegsy on drums and some wonderful solos and accompaniment from the keys and harp of Dave Edwards and the saxophone of Mike Yorke .

We had not factored in a dancing area but fans of 'The Organisation' did not let that deter them and when the music became too infectious at the end of the night and the need to get up and boogie overcame everyone, an impromptu dance floor was found.

Thanks to the incredible generosity of A500 Music's faithful followers and Chris Bevington's own army of fans, we were able to generate an amazing £774.31 on the night and it's only right to pay thanks to Chris himself for all the extra hard work that he put in, both on the day and in the weeks leading up to this event.

It was an honour for Chris and myself to present this money to Peter Pan on behalf of all of those who supported us and It was also an opportunity for us to meet some of the children using the centre's services and the staff providing such wonderful care for them.

In this age of austerity, It's rewarding to be able to able to do our bit for a deserving local charity but to do it whilst enjoying a great night like this with fellow live music fans is priceless.